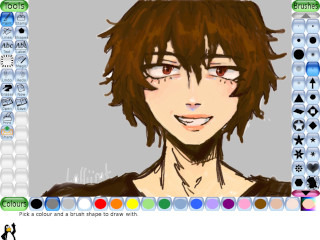 From the gallery: Untitled by mik

November 26, 2021 - Tux Paint 0.9.27 and Tux Paint Config. 0.0.18 have been released, and are available for Windows, macOS, Android, and Linux. Many updates have been made, including six new Magic tools, and Magic tool grouping. Learn more about the latest Tux Paint!

Users of RedHat and Fedora Linux distributions can download Tux Paint for i686 and x86_64 in RPM format.

Users of Microsoft Windows 2000 and Windows XP can download and run this simple installer application to get Tux Paint.
(A stand-alone ZIP-file version, also known as a "Portable" version, is available, as well.)

Did you know? Tux Paint runs right on your computer, and doesn't require Internet access.